Freckled hard and stern face he tries to compose himself hoping it’s going to be good day .. he checked his old ragged watch it’s 6:15 already.. hair combed sleek towards the back .. His hair was black but There were some brown shade to it .. he was lil old i could just tell he had sons and daughters to take care whom probably didn’t look up to him much …but that didn’t bother him .. he got used to it . He thought about his wife and then he thought about leaving all this behind try to lead a better life .. he pulled up his kettle ready with his new found optimistic spirit as he was just about to start another man almost as same as him but younger passes by already shouting out his lungs chai chaii !! He almost resorts to himself giving up .. he just sighs and follow him back with a pessimistic face . 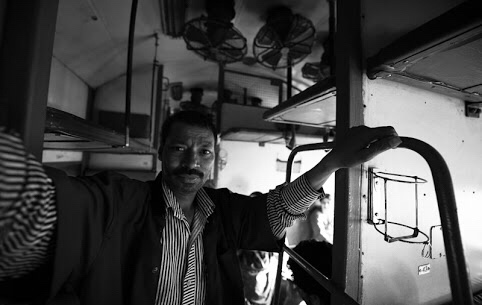 Searching for love .. it’s seems so routine yet so rare .. does it even exists these days .. does that statement which i just made .. certified myself into that viscous generic term ” single” ..!??

I will throw some shade on the matter from the little experience I had or should I say hardly..

So much of the love these days are fish love .. A young man and a woman falls in love ..what does that mean !?? It means he saw this woman as someone who he felt would fill his physical and emotional needs and she thought he is somebody who would give her security .. truth be told .. each of them are looking out for their own needs .. it’s not love for the other .. the particular other is just a machine to provide with the needs society teaches all of us .. There is a lot to do with the facade of illusions created by norms of a righteous relations which conform with so called traditions crafted by those ‘cultural’ aristocrats ..

For obvious reasons people would argue with these statements , the justification being what experience do I have .. and am going to contradict that on simple terms that am not generalising every relationship .

So now is there even real love !?? Or Is it dying term these days ..!?? Is there any hope .. of course there is .. there is always hope and where there is hope there is love .. love is lot to do with giving rather than receiving .. since You gave something to your significant other .. everybody loves themselves we can’t change that .. it’s a given ..but what changes when your in love is the a part of you who loves yourself will truly love someone else too when he or she expects nothing in return but just want to give .. giving more and receiving less or nothing in return is true love .. it’s not a need it’s an emotion .

It was relatively a warm September night when we reached Zürich which was kinda boring and the hotel that we checked in was too modern for my liking.. It was near the airport so yeah was convenient in a way ..

I was just laying in my bath tub using the shamboo which the hotel provided supposbly imported from Mauritius which shamlessly made me feel like a god.. Anyways as I was laying in the bathtub all I could think about is exploring the city ..and as an Indian ( I have seen possibly all the horror which most of my readers dont wanna even know ) I was expecting nothing less than paradisiacal land of the rich and rich and I have to say .. I was spot on 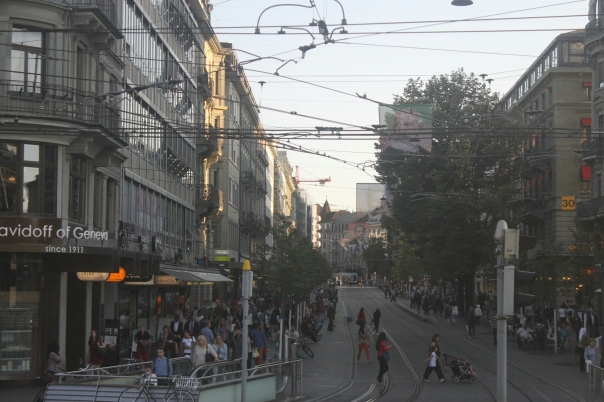 The 1st thing you notice in Zurich is how different the people are over there to the rest of us.. Am not saying this just ’cause I am an Indian but Europeans especially the Scandinavians and the swiss are to my opnion the luckiest people because everything is free .. Free education free medical care the government provides money even for the unemployed folks spoiling them to live a beautiful life..I say that with a high tench of jealousy but yeah maybe thats why the people over there are so friendly always happy laughing  .. Sometimes I wonder if they ever escape from this perfect realm of happiness which they live everyday and learn what life really is .. I mean look at this guy .. Makes me certain they didn’t just randomly came up with the name  zuRICH for the city.. 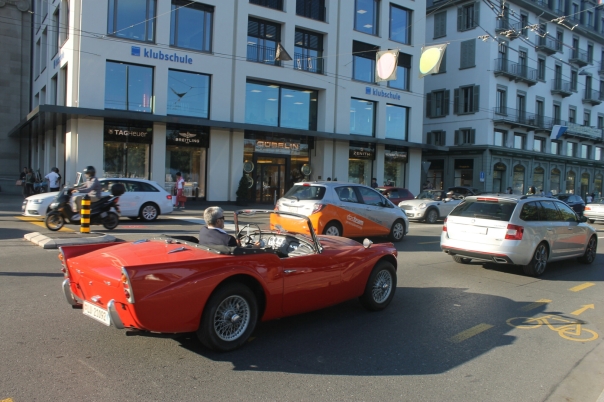 Anyways I kept exploring ..walking by the Limmat ..gazing these beautiful European architecture which is exemplified by the statuesque Grossmünster a protestant church formed as a part of the Evangelical reformed church of the canton of Zürich at least that’s what my guide Mr Marco told me (jolly man). 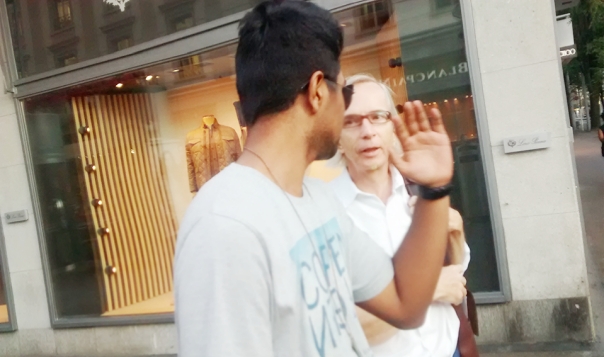 We had a light lunch ..We continued walking through the limmat ..the leafs were falling hard ..the sky became cloudy and a beautiful Blonde girl just cycled past me hmm I am sure she had blue eyes .. Anyways I brought myself a real juicy burger and just sat down by the river and just tried to live at least for a moment and yes.. I knew it was days like these which I really thrive for and I am lucky enough to experience it.. At was around 4:30.. Next thing I know it was dark and was time to go back to my hotel ..

I am almost done with my book .. I ‘ve been reading Kazantzakis’s ‘Zorba the Greek’ and it had certainly inspired me I wonder for how long though because I ‘ve been searching for consistency for whole my life but it seems it doesn’t fancy me ..anyways to my pointless topic of dicussion to all my dillusional readers .. how many of actually think for a minute about what’s happening around us .. It doesn’t actually matter what..it really can be anything from business to philosophies or mere common curiosities and as for me am actually curious about the fact that how many of us actually have the time to enjoy the present how many of us are lucky enough to confidently say that they ARE living every moment of their life whole heartedly .. Before you raise your judegmental eyebrows it doesn’t always have to be a happy moment and I personally think we are dying stupid every breathe  we live I envy when there weren’t any cellphones or social networks .. Please dont get me wrong for sure Life would have been much difficult no doubt but we would have been much free much thoughtful much alive .. How I wish I was alive.